Initially, Graham landed in Johannesburg where he met former ambassador Douglas Gibson and his wife Pam. This was followed by a wonderful lunch with the Gibson family and SATCC Consultant Allan Riddell. Allan Riddell (far right), sitting next to Ambassador Gibson and his family

Ambassador Gibson has lost none of his enthusiasm for promoting South Africa and kindly set up a series of meetings for Graham. These consisted of people looking to invest in Thailand as well as trying to increase Thai tourism and direct investment into South Africa.

The latter objective was explored in a meeting with the City of Johannesburg Department of Economic Development and Invest SA Gauteng. It was agreed that more could be done to raise Thai awareness of South Africa and all it can offer.

The Joburg team then went on to explain that their main objectives were:

After this came a meeting with City Power in Johannesburg. Douglas Gibson introduced Graham to Tshifularo Mashava, CEO of City Power as well as Mark Smith, Company Secretary and the rest of the team.

Tshifularo explained the latest situation and outlined how a potential investor would benefit from joining forces with City Power.

Although new to the post of CEO, Tshifularo was confident that City Power could turn things around and bring confidence and prosperity to the company and Johannesburg.

On his last day in Joburg, Graham met up with Kenny Hlela who is the Director in the Department of Tourism. This meeting was set up by Thobeka Dlamini, Chargé d’Affaires at the RSA embassy in Bangkok. 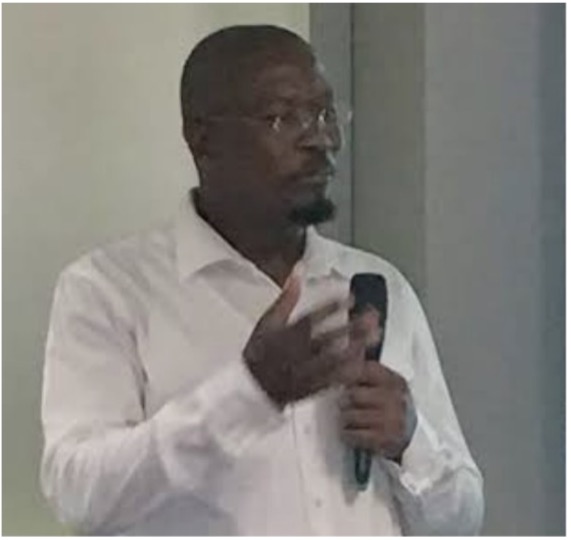 Kenny explained the outlines of what the government were planning now that South Africa was coming out of Covid and how this would benefit the tourism sector in South Africa.

Graham also shared a couple of ideas that may attract Thais to South Africa and Gauteng in particular.

It was agreed that they should stay in touch and update each other on new ideas and potential opportunities to expand tourism as and when they came up – especially on any promotions done on a regional or nationwide basis.

After the meeting Graham flew to Cape Town to meet with present SATCC members as well as the Mayor of Cape Town and Wesgro.

The meeting with Geordin Hill-Lewis, Mayor of Cape Town, went well with an exchange of ideas on how to the City of Cape Town could help its counterparts in Thailand.

Geordin explained what was happening in Cape Town now that it could start planning for things in a post-Covid era. There would be a combination of old and new but getting in Foreign Direct Investment (FDI) would be a vital component of it all.

Graham also came up with some ideas for Geordin to follow up on in the hope that Thais would, once again, start to visit South Africa and the Western Cape and Cape Town in particular. It was not the first time that the imbalance in the tourist trade was mentioned.

From the meeting with the Mayor of Cape Town, Graham went straight to the Parliament buildings to see John Steenhuisen, head of the Democratic Alliance and Leader of the Opposition. 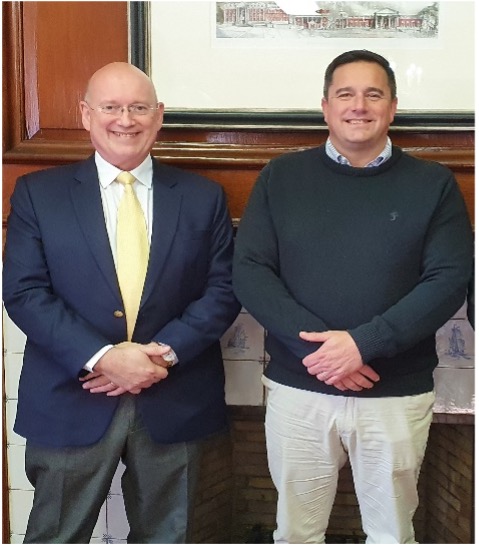 Various topics were discussed on how to improve trade between South Africa and Thailand. Graham asked John if it was possible to get information on Free Trade Agreements as well as the latest updates on food and wine exports between the two countries. John said he would find out and let Graham know the latest.

John was good enough to give Graham an hour of his time but this was soon up and John had to leave for another meeting.

As soon as John had left, Graham departed for his last meeting of the day – catching up with the new CEO of Wesgro, Wrenelle Stander, and Monika Iuel, Chief marketing Officer.

For those not in the know, Wesgro is the official tourism, trade and investment promotion agency for Cape Town and the Western Cape, Wesgro assists investors and businesses looking to branch out into the province. 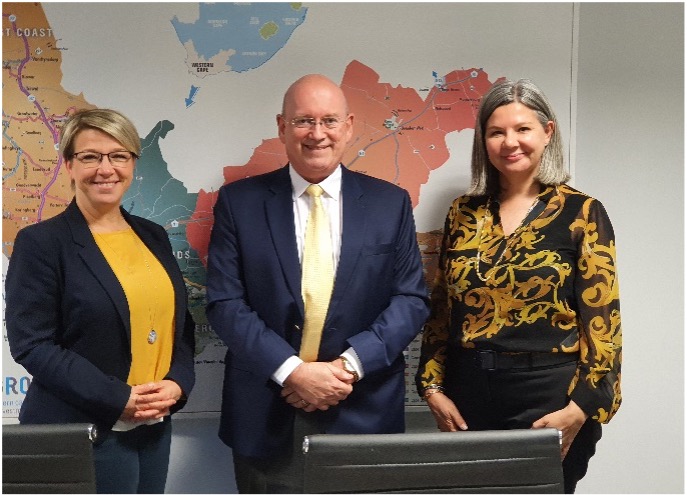 Wrenelle explained to Graham that Wesgro had a lot on at the moment and there were massive opportunities for any investors looking to try South Africa for the first time and Western Cape in particular.

Again, various options were considered that would increase the footfall of Thais heading to South Africa and what would make the country even more attractive to them – apart from the weak Rand in comparison to the Baht.

On Friday, 26th August, Graham concentrated on SATCC members based in the Western Cape. First of all he met with Mike Williams who runs The Estate in Northern Cape. Graham and Mike enjoyed a beer together in Cape Town before going to meet Tymen and Lance Bouma of Anura Wine where they tried some of Anura’s superb wines.

The last port of call was catching up with Martin Scholz, director of Red Wolf Global (South Africa) who made the fatal mistake of saying he would be in Bangkok in early September to celebrate his 40th birthday. I shall leave members to decide how to advise Gary Dale Cearley on what to do…. 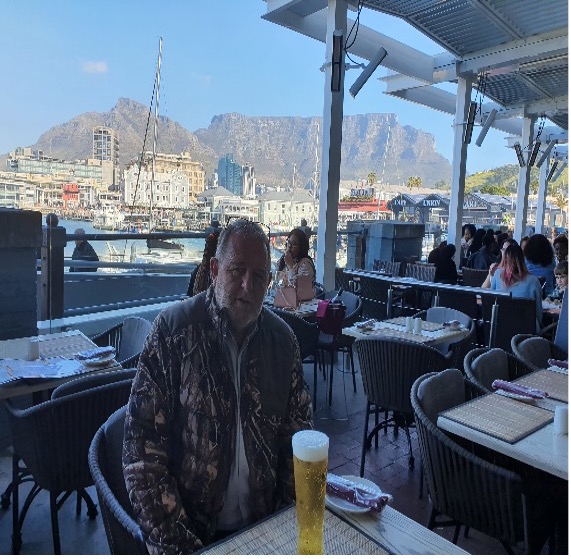 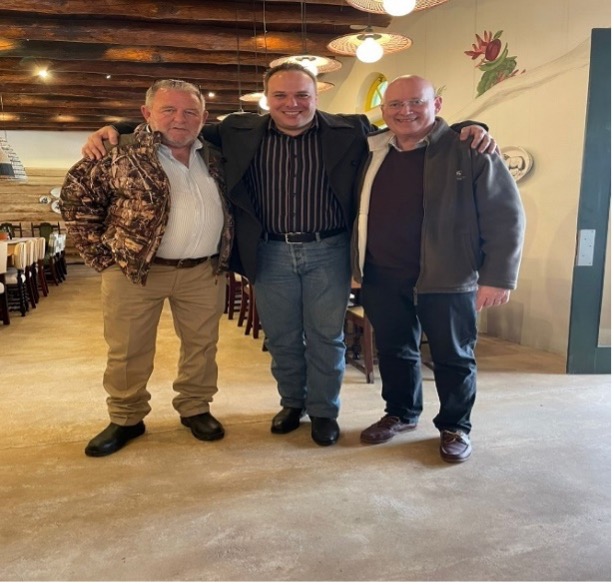 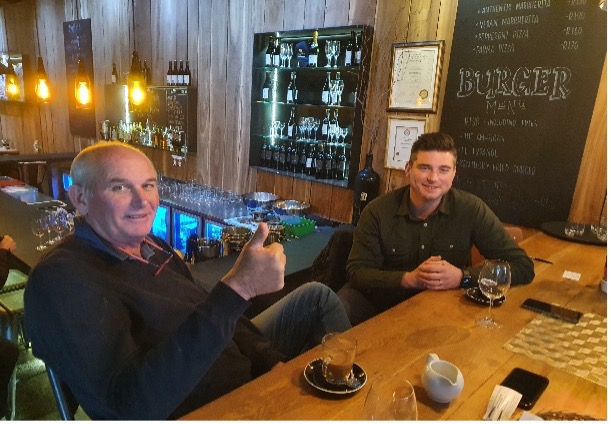