SATCC see the first Chamber networking of 2022 in with style

Republished by kind permission of the Pattaya Mail. 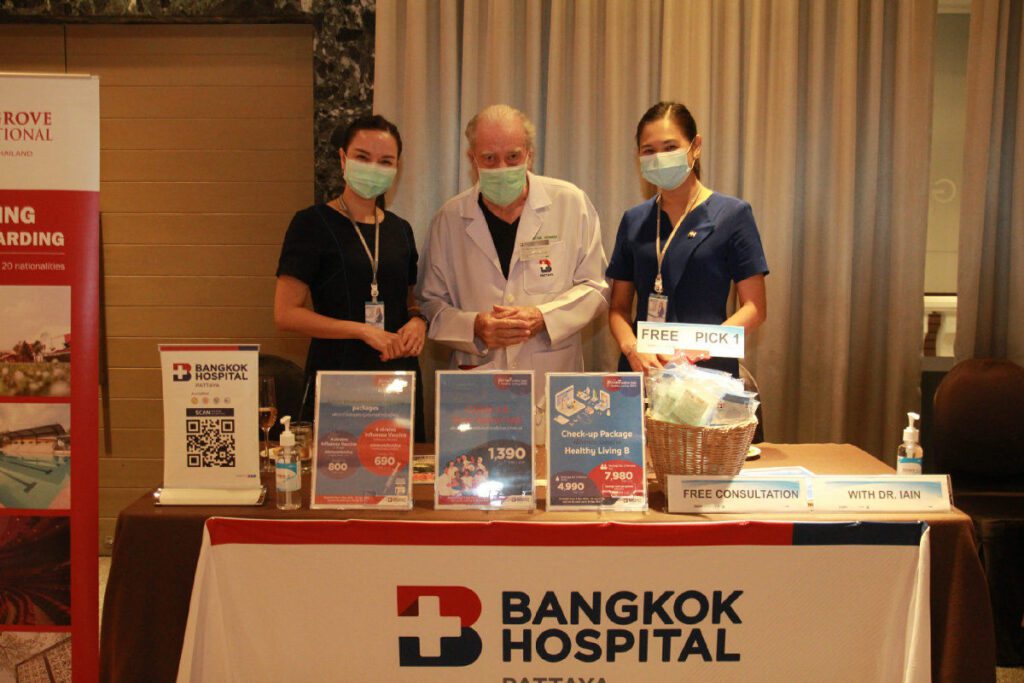 Dr. Iain Corness and the team from Bangkok Hospital Pattaya.

The South African-Thai Chamber of Commerce (SATCC) held its annual Bromsgrove International School Multi-Chambers Eastern Seaboard January Networking Event at the Pullman Pattaya Hotel G on Friday, 21st January. Simon Angove, the hotel GM, and his team pulled out the stops for this one, with fantastic African decorations adorning the areas where the function was held. The staff were magnificent, as was the food, a culinary feast combining the best of African, Asian and Western dishes.

Many new faces were there, which is always great to see, and many old stalwarts too. Bromsgrove International School was the headline sponsor again. The headmaster, Dr. Dan Moore, gave a brief speech explaining why the school offered so many benefits to its pupils and why people should consider the option of boarding for children. 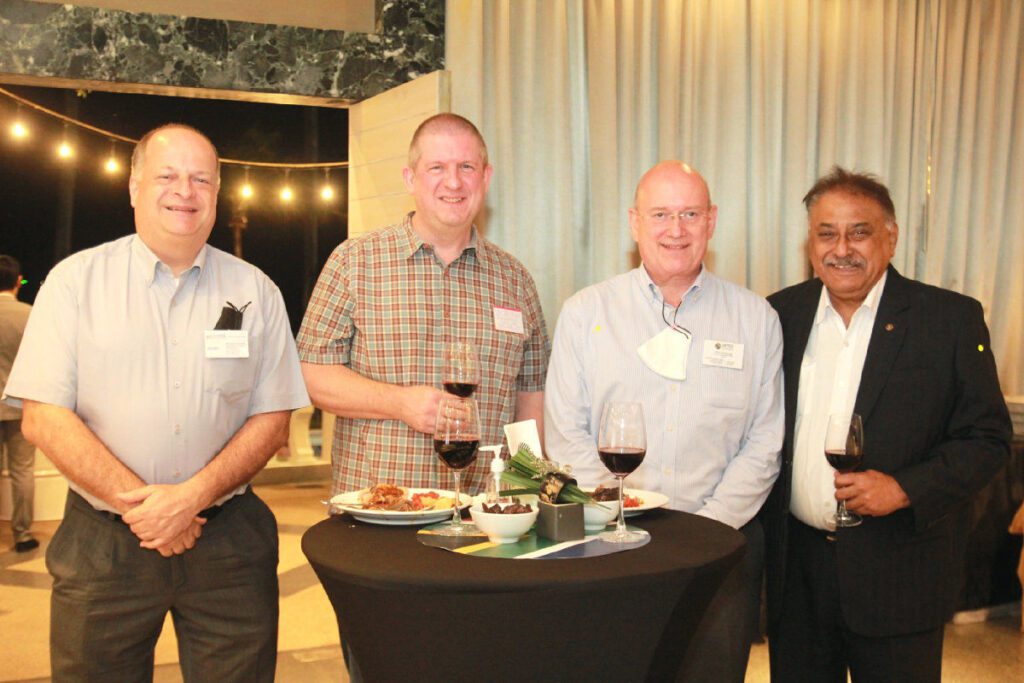 Graham Macdonald, Chairman of SATCC, also thanked the other sponsors, saying that events like these could not exist without their support and generosity. He thanked each of them personally whilst on stage – especially Dr. Moore, who pledged to be the headline sponsor again next year.

Graham also went on to praise Greg Watkins for his loyalty, dedication and experience. Greg joined the chamber as Executive Director in 1996 and has been there ever since. Under his leadership, he has seen the chamber more than double in size and was responsible for creating the British Chamber of Commerce Bangkok (chambers were only allowed to exist in Bangkok in those days) Eastern Seaboard Committee. The Eastern Seaboard is now responsible for around ten percent of the chamber’s members. 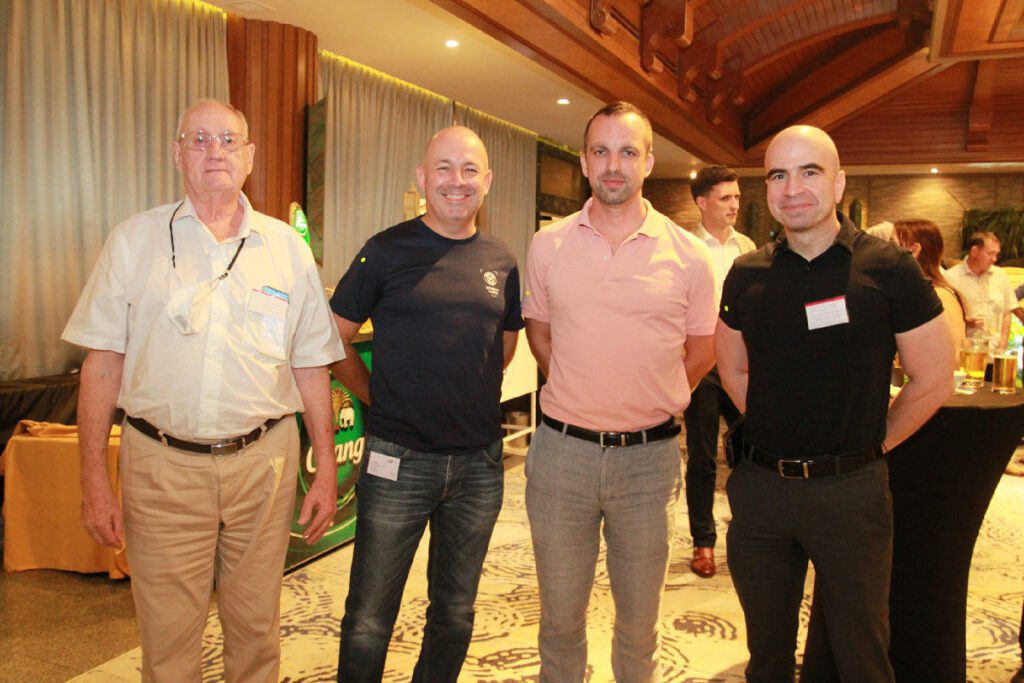 Also, Greg has been determined to help the local community here in the Chonburi and Rayong areas as well as Bangkok and elsewhere. The BCCT is responsible for more than 6,000 people getting vaccinated. Greg and his team can also take great credit for helping Brian Jacks feed over 100,000 people in the local Pattaya area who were struggling to feed themselves during the worst times of Covid. Graham thanked Greg and the BCCT for all they had done.

Graham also thanked everyone for coming, as the evening would not be anything if not for the attendees themselves. Nikki Cox, ex-President of the New Zealand chamber, back in town for the first time in many years, was seen chatting away. Bernard Lamprecht and his brother Berne were casting an expert eye over the South African food and complimenting the chefs. Khun Bright, the Business Development Manager for Kiwi Resource Protection, was waxing lyrical about everything his company can offer. 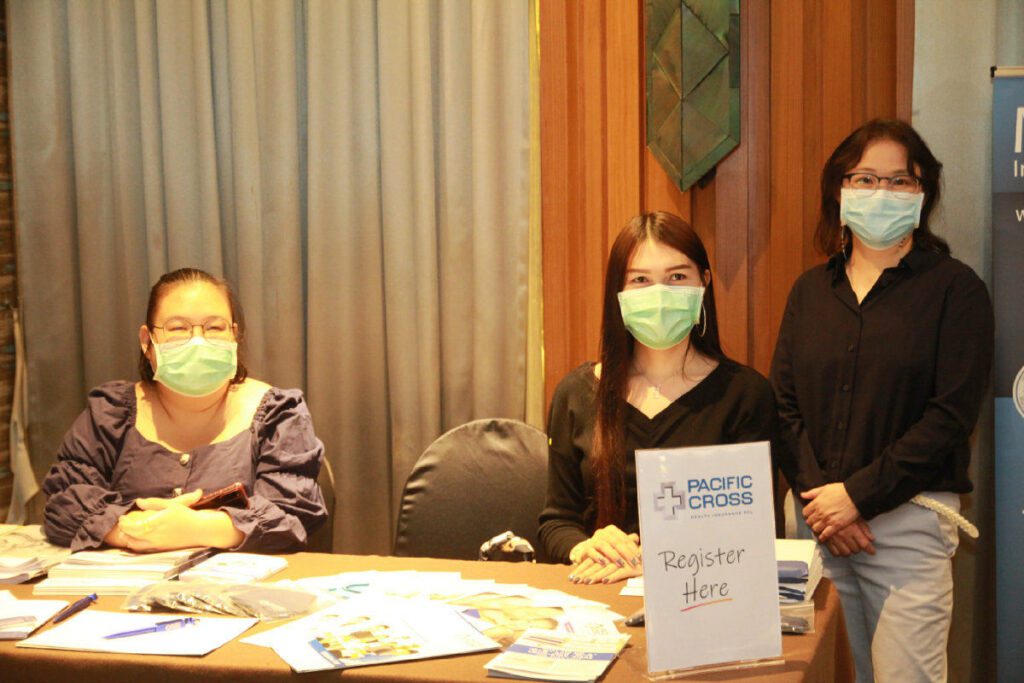 Khun Bee and the magnificent team from Pacific Cross.

Jack Levy, MD of Macallan Insurance Brokers, was in deep conversation with Tom Thompson, CEO of Pacific Cross Health whilst Gary Cearley and David Hitchcock were explaining supply chains to anyone who would listen. Casting an eye over proceedings, Trevor Moolman, the supplier of Zusu Biltong and Boerewors, and Kallie de Lang, who provided KWV wine, both agreed the event was a massive success.

The next multi-chamber networking evening will be on Friday, 18th February – further details to follow. 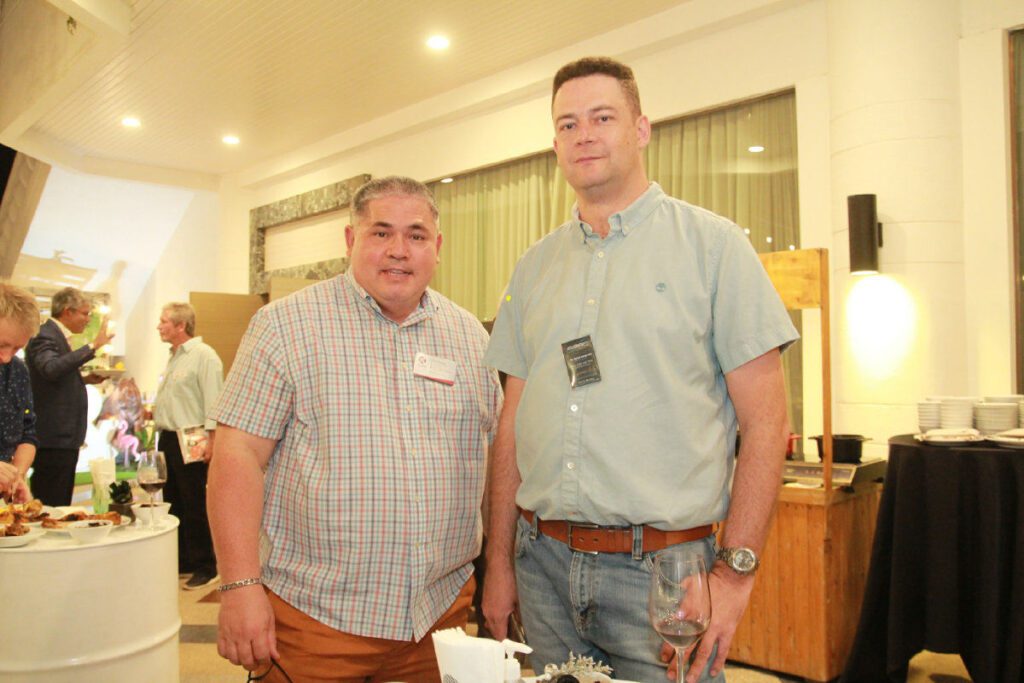 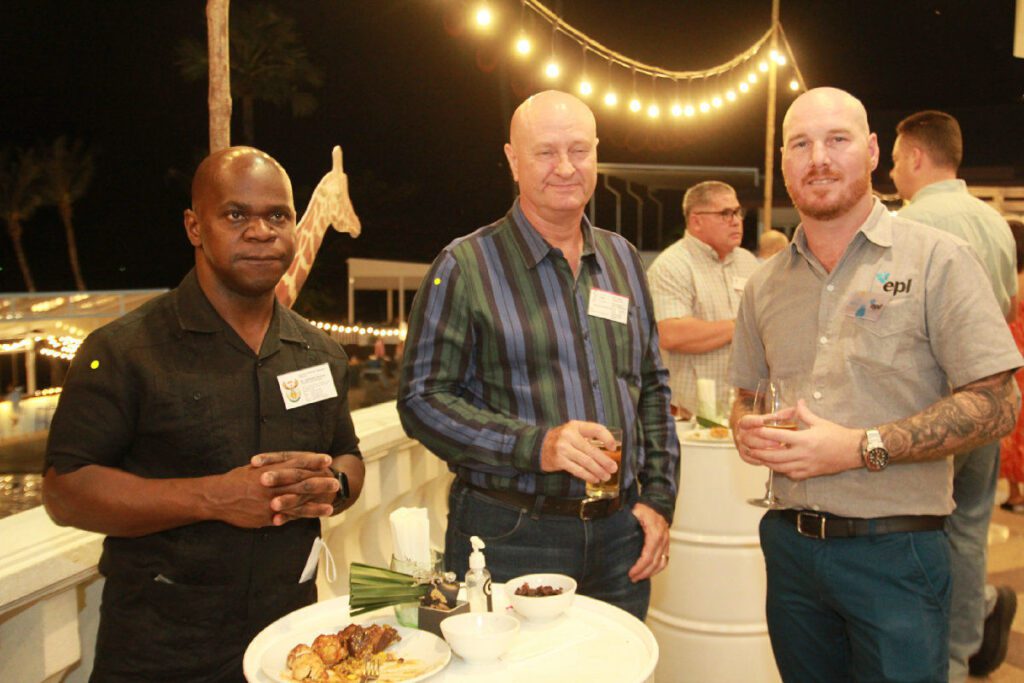 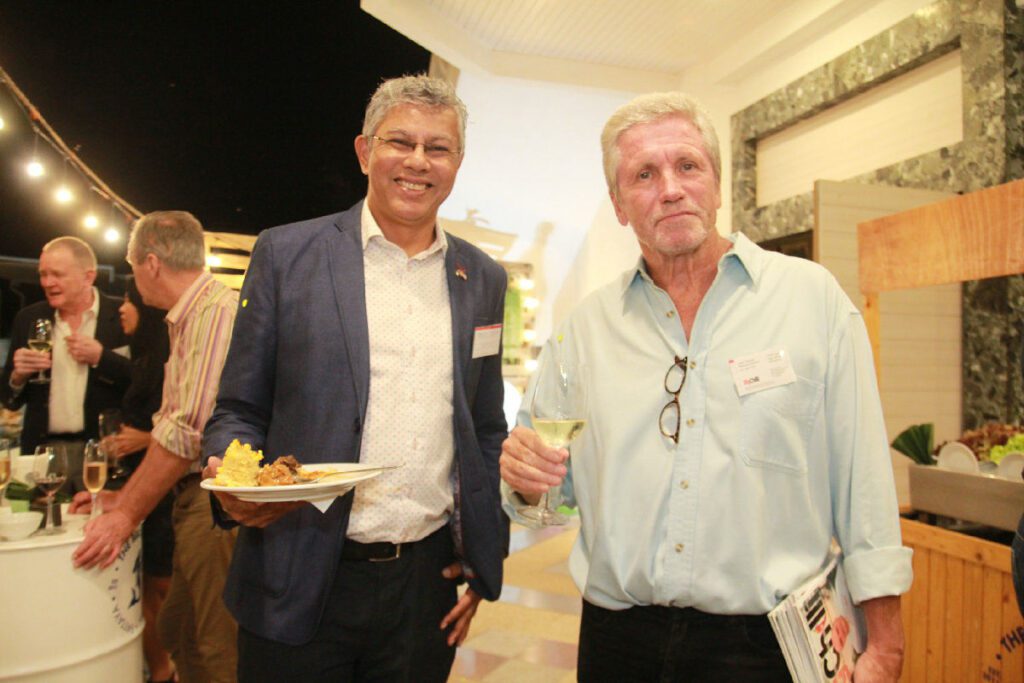 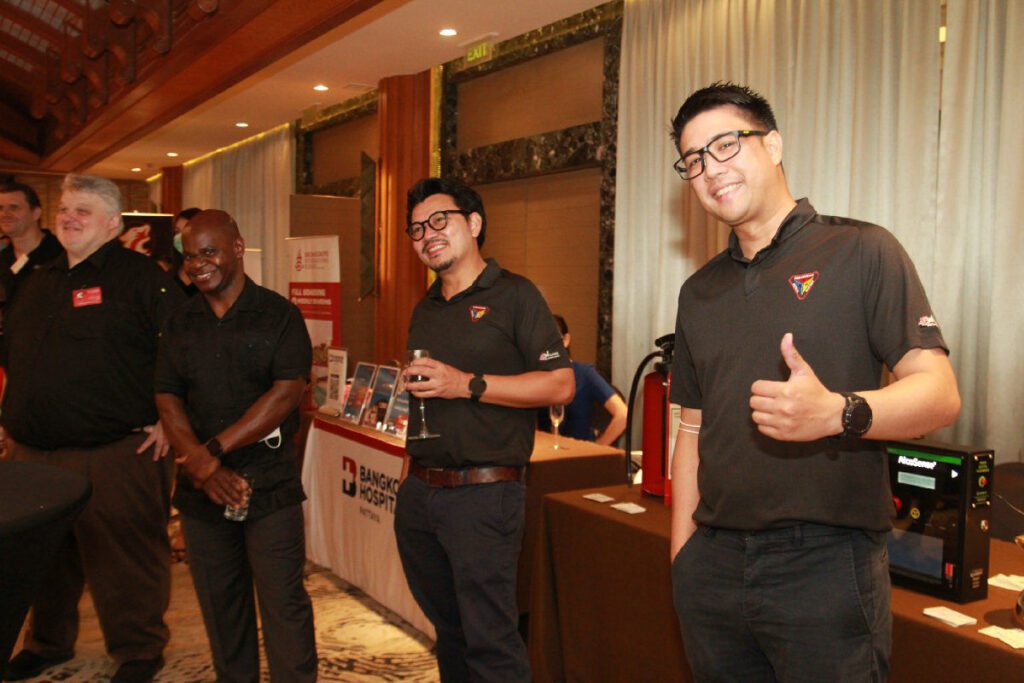 The team from Kiwi Resource Protection. 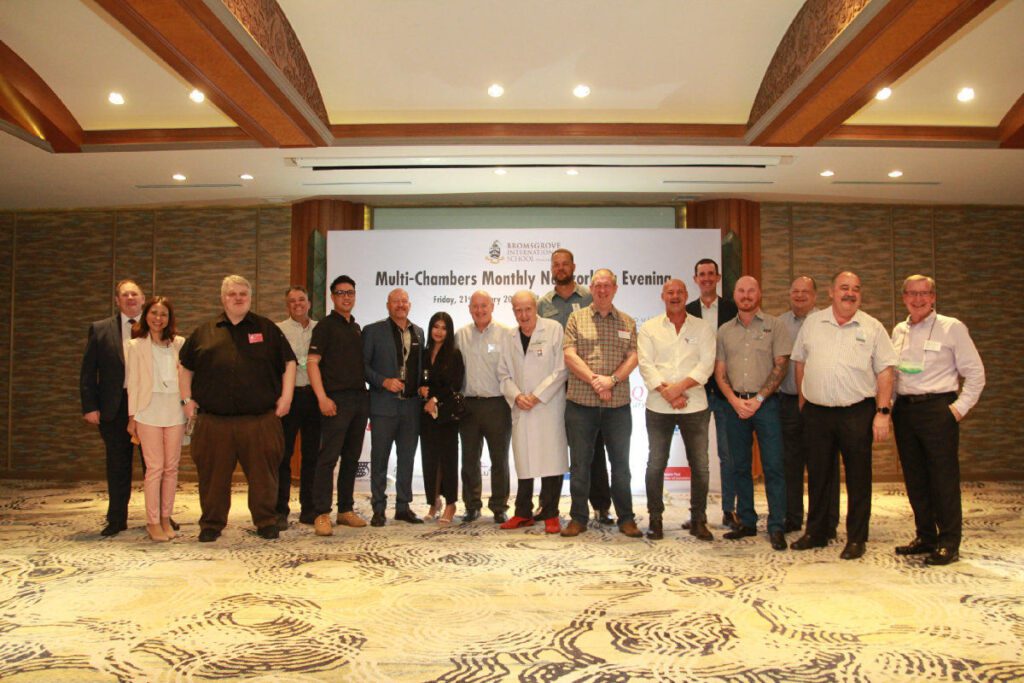 Representatives of the Joint Chambers and sponsors gather for a group photograph. 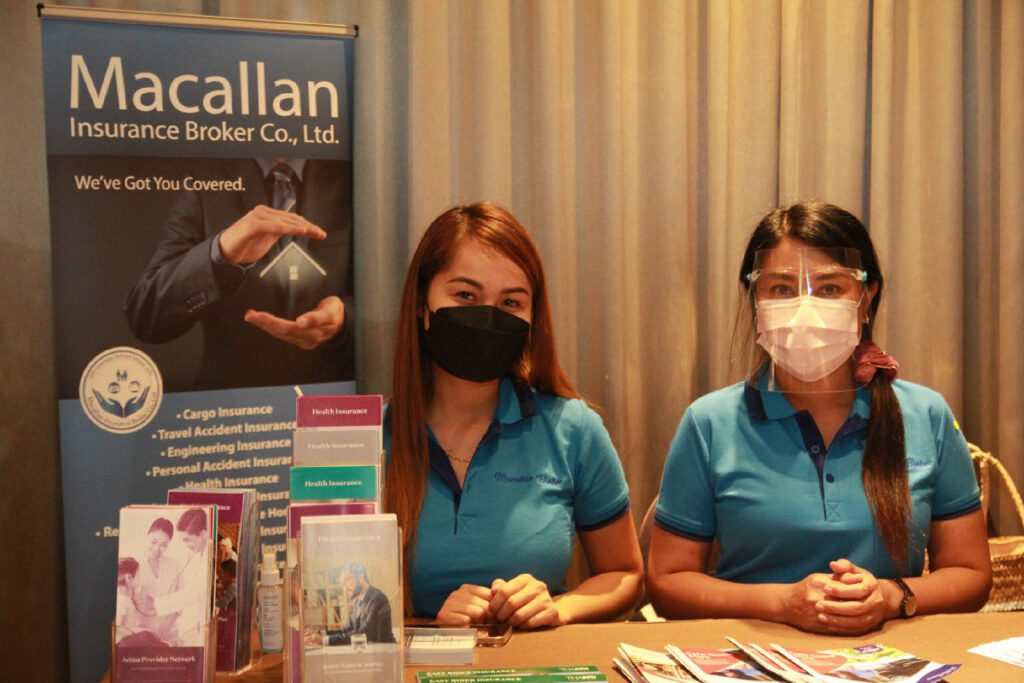 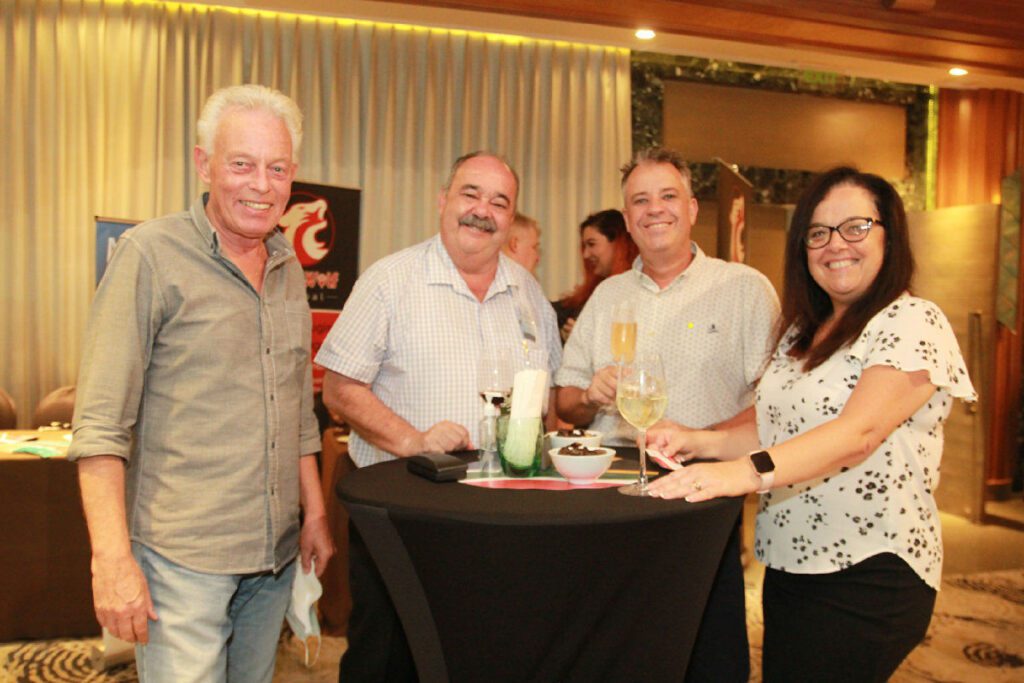 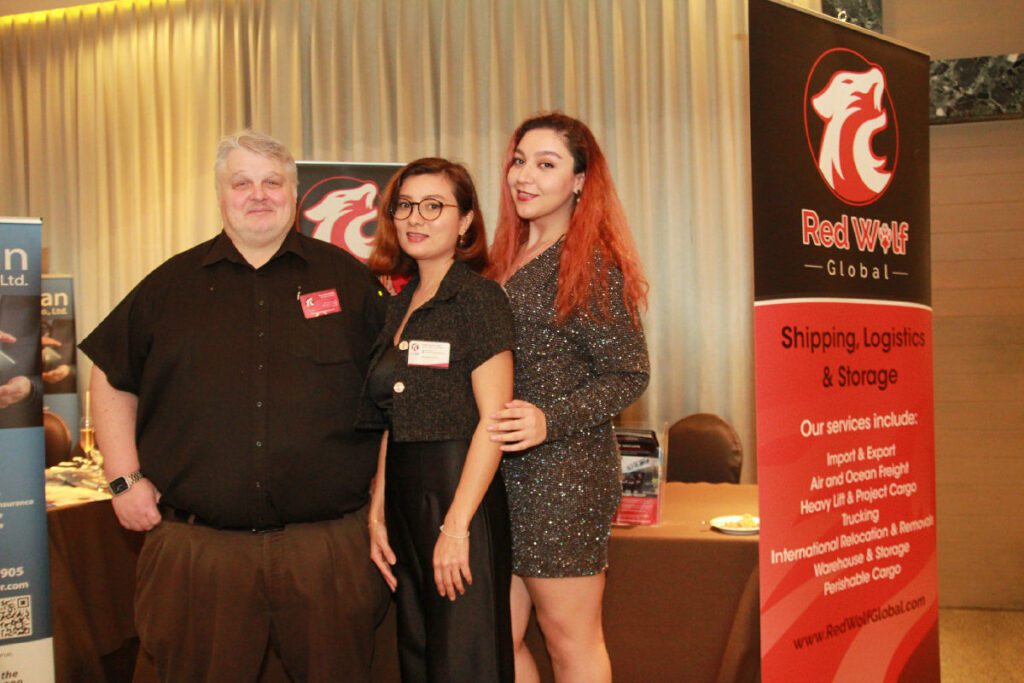 Gary Cearley and his team from Red Wolf Global. 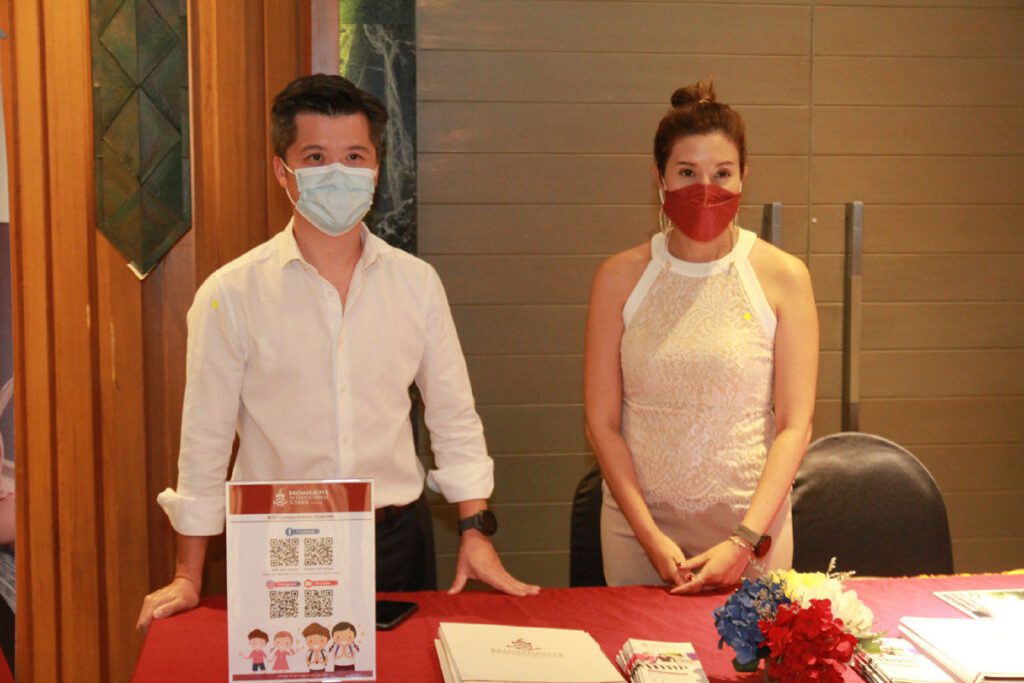